Prior to this, she was part of IBM’s Security Systems division. First as the Integration Executive responsible for the successful integration of Q1 labs, a high value Security Intelligence solutions company acquired by IBM, and later as the North America sales leader for the division.

Rashmy moved to the US from IBM’s Growth Markets Unit where she held multiple positions in sales and marketing including VP, General Business, Business Partners and Inside Sales, Director Software for IBM ASEAN/India and Director, Software Marketing, IBM Asia Pacific. Her area of specialization is the optimal use of direct sales, partners, tele and web to drive business results and effectively penetrate high growth market segments.

Prior to joining IBM, Rashmy was in the design office of the Indian Navy working on CAD/CAM initiatives.

She is an engineering graduate from the Indian Institute of Technology, Kharagpur. She lives in New York City with her husband, Surath, and they have a daughter and a son. 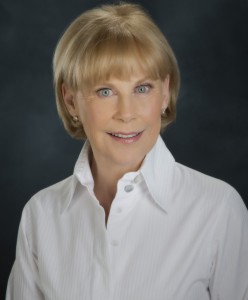 Mary Alice Williams is a highly acclaimed broadcast journalist with a wealth of experience in the field. Her investigative work on such topics as foreign policy, ethics, technology and health have made her a respected authority and recognized voice for public information. As one of the primary architects behind the design of CNN, the first worldwide television network, Williams oversaw the construction of CNN’s New York Bureau at the World Trade Center prior to the launch of Cable News Network (CNN) in 1980 and served as the channel’s principal anchor and vice president in charge of the New York Bureau until 1989. She contributed to CNN’s award winning program lineup and played a major role in the network’s development and globalization. She was a critical member of CNN’s political anchor team and oversaw the planning and operation of the network’s second largest bureau with responsibility for seven hours of original programming per day. In 1982, Williams was appointed vice president, becoming one of the highest ranking female executives in American television.

Williams was an anchor on the NBC News team that won a national Emmy Award for its coverage of the fall of communism. During her tenure with NBC from 1989 to 1993, she also anchored Sunday Today, NBC News Special Reports, Yesterday Today & Tomorrow and NBC’s extended coverage of Desert Storm: War in the Gulf. Williams was a frequent anchor and correspondent for NBC Nightly News, Sunrise and The Today Show. In the wake of the September 11th terrorist attacks, she wrote and hosted a three-hour PBS special Reaching Out to Heal. She also hosted a companion program to Bill Moyers’ On Our Own Terms, about death and dying, which aired in fall 2000 on PBS. As host of Hallmark’s weekly True North program on personal ethics, Williams earned the 2001 Gracie Allen Award and the 2001 Donald McGannon Ethics in Media Award. Her 90-minute PBS special on alcoholism and addiction, Within Reach, along with her work as a PBS contributing correspondent and anchor on Religion & Ethics Newsweekly have established Williams as a recognized commentator and reporter on broad issues of ethics. One of the highest rated documentaries ever broadcast on Lifetime Television, Picture What Women Do, about women, work and the American family was written and hosted by Williams, winning the 1995 Exceptional Merit Media Award given by the National Women’s Political Caucus.

A published author, Williams adapted her weekly interview program for the Hallmark Channel about strategies for overcoming life’s toughest challenges into a book, Quiet Triumphs, published by Harper Collins.

Williams has received 14 honorary doctorates for her outstanding contributions to journalism and television. Born in Minneapolis, she chose to raise her family in New Jersey, where she still resides.

Cindy Myer is the President / CEO of Ridgewood Moving Services, Northern New Jersey’s premiere moving and storage company. They are a woman-owned, WBENC operated organization built on the values of trust, dependability, and quality-all of which are the
cornerstones of their success. They were also awarded 2013 NJ Mover of the Year.