As CEO of Deloitte, Cathy Engelbert leads one of the largest professional services organizations in the United States with more than 85,000
professionals. Deloitte provides audit and assurance, tax, consulting, and risk and financial advisory services to over 80 percent of the Fortune 500.

For more than 30 years, Cathy has had a distinguished career serving large and complex global clients and has served as a specialist in
financial instruments. She previously led the US audit practice and is currently a member of Deloitte’s Board of Directors.

Cathy is chairman of the Center for Audit Quality Governing Board, is listed as one of Fortune’s Most Powerful Women, and is ranked on Glassdoor’s annual Employees’ Choice Awards honoring the 50 Highest Rated CEOs. She is also a member of the Council on Foreign Relations and regularly speaks to influential media including CNBC, Bloomberg, and The Wall Street Journal.

Cathy received a BS in accounting from Lehigh University and is a member of the Accounting Advisory Board for Lehigh University. Cathy is married and has two children—earning her the recognition as one of Working Mother magazine’s 50 Most Powerful Moms of 2016 and 2017. 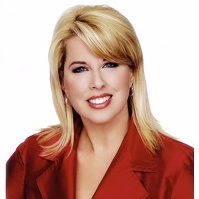 Emmy-winning journalist Rita Cosby secures the biggest and most fascinating newsmakers delivering powerful insights that no one else has.

Born in Brooklyn, she is a renowned Emmy-winning TV host, veteran correspondent and multiple best selling author, who anchored highly rated primetime shows on Fox News Channel and MSNBC. She is currently a special correspondent for the top-rated CBS syndicated newsmagazine, Inside Edition, does frequent hosting and reporting for CNN/HLN, and hosts “The Rita Cosby Show” on the legendary WABC Radio, the most listened to talk station in America. Heralded as one of the Most Influential Women in Radio in 2014, 2015 and 2016 by Radio Ink Magazine, she was also honored in 2015 and in 2016, with a total of four prestigious Gracie Awards for both “Outstanding Host” and “Outstanding Talk Show.”

She was the youngest senior correspondent in the country for a national TV news network when she extensively covered the White House, Capitol Hill and the Pentagon, breaking many major stories in Washington, DC. In 2015, she was also named WABC’s Political Editor and Host of “Election Central with Rita Cosby,” which consistently features interviews with top political newsmakers that are shared with all Cumulus/Westwood One stations across the nation. On New York Primary Day 2016, she had interviews with all five Presidential candidates, all Republicans and Democrats still in the race, in a one hour special.

Throughout her illustrious TV career, Rita has secured some of the biggest interviews, including exclusives with more than twenty world leaders, including six U.S. Presidents. She conducted historic back-to-back interviews with Palestinian leader Yasser Arafat and Israeli Prime Minister Ariel Sharon, met with Fidel Castro in Cuba, and was one of the last American journalists to meet with Libyan dictator Muammar Gaddafi. Rita was also granted rare meetings with Pope Benedict XVI, and years earlier with Pope John Paul II to discuss death penalty issues after receiving an exclusive letter from Timothy McVeigh explaining why he carried out the Oklahoma City Bombing. In June 2014, she made international headlines when she interviewed Pope Francis at the Vatican about his historic Mideast Peace Summit.

The first reporter to see prisoners held at Guantanamo Bay and witness an actual interrogation, she also interviewed Serbian president Slobodan Milosevic who called her from his prison cell at the Hague where he stood trial for war crimes. While broadcasting live from Belgrade during the NATO bombing, she broke the news that three American POWs were going to be released. During Hurricane Katrina, she provided extensive, live coverage, hosting shows from New Orleans, revealing the widespread devastation, and soon after reported live from the war zone in Afghanistan and then along the US – Mexico border.

Honors for the three-time Emmy winner include the Matrix Award, Headliner Award and Jack Anderson Award for journalism excellence. She was also selected by Cosmopolitan Magazine as a “Fun and Fearless Female.”  A recipient of the Ellis Island Medal of Honor and the Lech Walesa Freedom Award, she annually hosts the National Memorial Day Parade broadcast to all US military installations around the world.

She has written back-to-back New York Times Best Selling books. Her recent one, “QUIET HERO: Secrets From My Father’s Past,” details her fascinating discovery about her own father, a Nazi prisoner of war, who was saved by American troops. A highly sought-after and gifted public speaker, she has traveled to six continents and captivated audiences with her powerful and deeply personal stories. 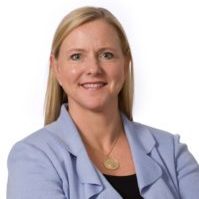 Lori Goltermann leads more than 6,000 colleagues, across 40 offices and manages corporate direction and strategy with a keen focus on creating products and services that empower clients to grow their business.

Goltermann has spent nearly three decades growing, challenging and shaping the U.S. operations to position Aon as a leading professional services firm.  Goltermann is known for assembling high performance teams, strategy development, M&A and exceptional vision for not only growing the organization, but for helping clients with all of their risk, retirement and health needs.

Prior to serving as CEO, Goltermann served as executive vice president for the U.S. Health & Benefits practice. Goltermann advised employers across all market segments on creating customized benefits strategies and the design of private health exchange solutions.  In other roles, she had the responsibility for designing and launching a data & analytics casualty offering designed to help organizations in developing casualty program insights to identify cost-savings opportunities with the use of internal data and industry benchmark data. She later applied key analytical concepts to develop a similar tool that proactively provides property insights to drive down total cost of risk.