Jason is a Partner of the firm and his practice concentrates in commercial litigation and counseling for clients ranging from startup sole proprietorships to large corporations, general defense litigation, trusts and estate litigation, and criminal defense.

Mr. Meisner has represented clients in litigated matters from pre-suit investigation of potential claims through trial and appeal, in courts in New Jersey and Maryland, in proceedings before various administrative boards, and in alternative dispute resolution forums.

After graduating law school from the Catholic University, Columbus School of Law in 2000, Jason served as judicial clerk to the Honorable Patrick L. Woodward, Circuit Court for Montgomery, Maryland, for the 2000-2001 Term (Complex Civil Litigation). From 2001 to 2002, Jason was associated with the Washington D.C. law firm of Charapp, Deese & Weiss, LLP, focusing upon the defense of labor and employment claims on behalf of mid-sized businesses.

Upon relocating to New Jersey, Jason served as an assistant prosecutor in the Morris County Prosecutor’s Office where he was assigned to a trial team unit responsible for the investigation and prosecution of a variety of criminal matters including narcotics possession and distribution, aggravated assault, theft and various economic crimes.

In 2003, he joined Porzio Bromberg & Newman, P.C. where his practice focused upon the defense of pharmaceutical companies in response to claims of product liability, and defended various licensed professionals such as architects and engineers in claims for malpractice. Jason joined Coughlin Duffy LLP in August 2005.

In conjunction with his business litigation and counseling practice, Jason routinely defends businesses against claims for sexual harassment, wrongful discharge, and employment discrimination before courts and agencies at both the federal and state levels. Jason frequently assists employers in developing hiring and termination policies and procedures, work policies, personnel manuals and record-keeping procedures to help minimize employment litigation for his clients. Jason regularly protects and defends licensed professionals including attorneys, insurance producers, architects and engineers, in malpractice actions and administrative licensure and ethics proceedings.

Jason often works collaboratively with the firm’s transactional and estate practice groups to directly manage issues and develop solutions for clients both to circumvent disputes, and to resolve disputes through litigation where it is unavoidable.

Jason’s previous experience as an assistant prosecutor in the Morris County Prosecutor’s Office has allowed him to develop a niche practice defending clients of the firm and their businesses in municipal and Superior Courts throughout New Jersey in matters ranging from municipal ordinance and motor vehicle violations, to disorderly persons offenses and indictable matters.

Jason’s experience as an assistant prosecutor has helped shape a unique and comprehensive approach to investigating allegations against his clients and conducting discovery and internal investigations in the civil, administrative and criminal arenas. Those skills have proved invaluable to develop and support the positions his clients may take in disputes, or serve to undermine the positions taken by his clients’ adversaries.

The Catholic University of America, Columbus School of Law (J.D. 2000)

United States District Court for the District of Maryland (2000)

United States District Court for the District of New Jersey (2002)

Obtained first impression judicial decision in the New Jersey Law Division concerning the disclosure of social media data, and requiring the disclosure of social media user names and passwords, by a plaintiff in a significant personal injury case where liability was largely uncontested. Plaintiff’s subsequent deletion of all data to prevent disclosure, and threat of dismissal due to plaintiff’s spoliation of evidence yielded settlement at less than 15% of plaintiff’s original $1.25 million demand.

Compelled disclosure of social media (Facebook) information from plaintiff in motor vehicle matter with significant bodily injuries and uncontested liability, leading to settlement based upon plaintiff’s disclosures via social media and concerns over plaintiff’s deletion of data. Obtained dismissal of ethics grievance against attorney accused of a lack of diligence by the New Jersey Office of the Ombudsman for the Institutionalized Elderly.

Obtained dismissal of ethics grievance against attorney accused by former client of misconduct in the prosecution of a sexual harassment action.

Referral to arbitration and subsequent dismissal of claims against business owner client brought by adjoining business owner demanding monetary damages and to shut down client’s operations.

Development and implementation of alternative dispute resolution mechanisms for multiple clients in operating and service agreements, resulting in expedited and cost effective resolutions by way of successful negotiation, mediation or arbitration.

Obtained dismissal of charges against client for Driving While Intoxicated and other companion motor vehicle offenses in multiple matters.

“You’ve Been Served – The Things You Need to Do Immediately and the Things You Should Have Already Done” – New Jersey Law Journal In-House Counsel
Seminar, Co-presenter, June 5, 2012 –

“Mirror, Mirror on the Wall, The Statute of Repose Defense Could Be The Fairest Of All–Reflecting on a Critical Defense for Design Professionals,” IADC Newsletter, December 2005, No. 3. Co-author

Selected for inclusion in New Jersey Law Journal, “New Leaders of the Bar” (2012)

Deborah Kelly is an Associate with the firm where her practice includes commercial and environmental litigation, environmental regulatory matters and corporate transactions.

Deborah represents a diverse group of clients across a range of industries and acts as general corporate counsel to a number of mid-sized companies. She advises clients in a variety of areas, including business and contract disputes, employment issues, preparation, review and negotiation of all types of commercial contracts including supply and vendor agreements, licensing agreements, master services agreements, consulting agreements and employment agreements.

In her environmental practice, Deborah counsels clients on matters related to the impact of environmental investigations and remediation of contaminated industrial and commercial properties, as well as regulatory compliance issues. Deborah represents clients in environmental litigation, penalty and enforcement matters and cost recovery actions, involving federal and state statutes including CERCLA, RCRA and New Jersey’s Spill Act. She recently was part of a team representing a Fortune 500 company and other parties in one of the largest environmental litigations and settlements in New Jersey.

While in law school, Deborah was a Note Editor for the Legislative Journal. She also completed a judicial internship with the Honorable Patty Shwartz, District Court of New Jersey. After law school, Ms. Kelly served as a judicial clerk the Honorable Thomas W. Cavanagh, Superior Court of New Jersey, Presiding Judge of the Civil Division,Monmouth County, for the 2005-2006 Term. Prior to law school, Deborah worked in the crisis management and communications field, counseling both Fortune 500 corporations and government agencies.

United States District Court for the District of New Jersey (2005)

No End in Sight for Parties Subject to Contribution Claims

The Wait is Over: A Party Can Now File a Contribution Claim Prior to the Completion of a Cleanup
August 6, 2014

Relief from the Remedial Investigation Deadline is in Sight

The Legal Services Corporation’s Solicitation Restriction and the Inconstitutional Conditions Doctrine: Has the Death Knell Sounded For Future Challenges to the Restriction? 2004, 29 Seton Hall Legis. J. 247 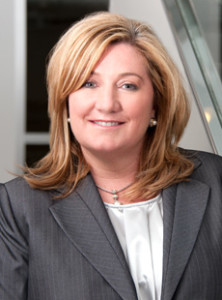 A proven entrepreneur with exceptional leadership and operational management skills, Monica has a deep and demonstrated track record of making a positive difference for her clients and the world around her. She has achieved unprecedented success in scaling direct marketing services’ business from the “start-up” position.

Her significant knowledge and experience in direct marketing and retail have earned her a reputation as an innovative and strategic thinker with depth in the digital arena and advanced knowledge and success in the automation of digital data and key performance indicators (KPIs). For three consecutive years, she has driven over $1.5 billion in retail sales. She is responsible for the management of $200M of annual DRTV media spend.