Empowering Women | The keys to connecting 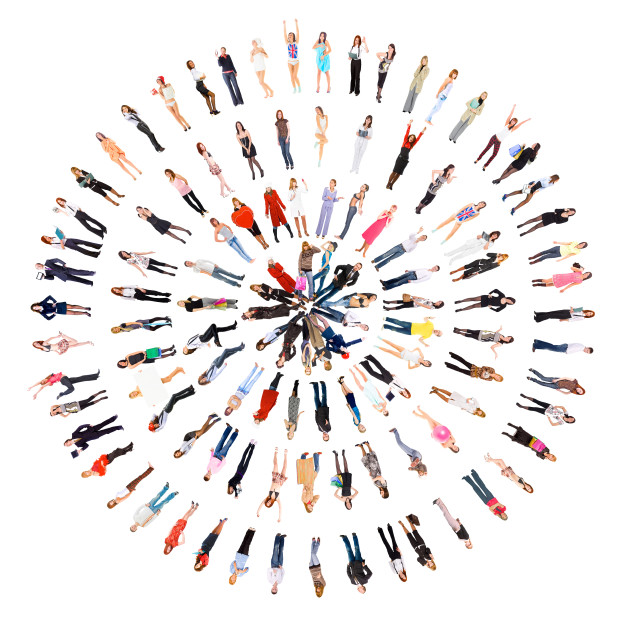 Odds are that if someone is hoping to make a business connection in New Jersey, he or she is going to be put in touch with one of the state’s many “connectors”: Odds are even better that connector is a woman.

However, the fact remains, although women and men’s networks are statistically similar in size, studies show men predominantly still have male networks, while women’s are mostly female or mixed.

So, when it comes time for that promotion, odds are that a male leader will select a male colleague.

In a continuing effort to understanding ways to close the gender gap, NJBIZ asked over a dozen well-known women networkers in the state how they’ve successfully networked their way to the top and how others may overcome the same gender-based obstacles.

Following is how they’ve successfully made their voices heard and how both men and women can help other women network more effectively, too.

Sally Glick
“As intimidating as it is for women to network in a room full of men, it may be equally so for men who attend women’s events. … We’re always hearing great messages that we already know. It’s the men that don’t hear those messages that we wish did.”

Barbara Kauffman
“I note things about personal preferences — what’s happening in their lives? Are they an avid skier? Who is important to them? It’s amazing how touched people are when you remember something like that, especially in a business setting. It’s also extremely useful and important when making a connection or an introduction is requested.”

Lori Grifa
“We’re organizing the birthday parties and the carpools and so many other things in our private lives that require conversation and organizational skills. If you want to survive as a working woman or mother you’re going to have to bring that natural skillset, which I believe every woman has, into your professional life. … We should avoid the trap of telling ourselves that we’re not doing it well enough.”

Daryl Rand
“When I felt I was being closed out, I created my own showcase. My father, Harold Harrison — a legendary ad man and a great networker — said, ‘As long as you have plastic in your pocket, you can invite five to seven people to be your guests for cocktails and create your own event.’”

Michele Siekerka
“We need to understand from younger women professionals whether or not they feel there are barriers. Earlier generations, for example, opened the doors and helped change the laws, but they are still not walking through to the other side. Is it out of comfort or is it because they don’t like what they’re seeing on the other side of the door? Or are they not being welcomed? … We need to understand how (younger) women are successfully maneuvering within a space where there are men as decision makers right alongside them.”

Michellene Davis
“Learn how to graciously say, ‘Darling, you know, I wasn’t done yet,’ and continue speaking. Or, if an individual attempts to answer a question I have not fully asked or tries to inject words coming out of my mouth, I simply say, ‘I can do it, dear.’”

Linda Wellbrock
“While some issues might pertain more to women, such as access to capital and the increased challenge of balancing family life, men would certainly find that information resourceful as well. We often invite men to be presenters and experts in our environment as well. Our award ceremonies and recognition events are always marketed so that any company who fosters entrepreneurship and supports diversity is encouraged to attend the event.”

Marilyn Grabowski
“My favorite statement is ‘in a room of blue jackets, there stands the Lady in Red.’ For many years I was just a smiling face reaching out my hand; today, I know everyone in the room. You have to show up consistently and groups generally start accepting you.”

Amy Mansue
“Don’t assume that just because you share genetic makeup, there is going to be a connection. Don’t just assume that everyone can or wants to mentor you because you’re a woman. You need to prove that you are worthy of their contacts.”

Cheryl Biron
“Actively draw women into conversation — if a woman walks up, I introduce myself and her to others. Men don’t do that typically — they tend to think that anyone should feel welcome to walk up, introduce herself and jump in.”

Gale Tenen Spak
“The ‘boy’s club’ mentality does exist; the ‘girl’s club’ mentality can work, too, if the tipping point has been reached when there are enough women working together to move the agenda forward.”

Caryn Kopp
“At a networking event one day, a girl in jeans who had just started a company walked up to me with a stack of her business cards and handed me one. Then she moved on to three others and did the same thing. She didn’t have any conversation, meaning nor intent — just handed out her cards. When I returned to the office, I didn’t have any idea what to do with her card, so I threw it out. Meaningful interactions are important. Your behavior leaves an impression.”

Rachana Kulkarni
“It is amazing how people will treat you because you are a petite, non-white woman before they even see your business card. … I was at an event with a junior male colleague of mine interacting with an accountant talking to us about a business proposition. He automatically assumed that I was my junior colleague’s assistant and continued to pitch to him while blatantly ignoring me. I politely corrected him and handed him my card. … I felt that he had unnecessarily lost a business opportunity because of stereotyping.”

Linda Bowden
“One of the best pieces of advice I can offer a young professional is to learn to play golf. The game and the environment naturally seem to lend themselves to effectively networking and relationship building.”

Monica Smith
“Networking for both women and men in general outside of work hours is a lot to ask of folks, because it takes away from their time with their families or to work on themselves. I try to be as cognizant of that as possible. When I ask people to attend events during off-business hours, my hope is that it is more important for them professionally as an independent person than it is for my businesses.”

Learning how to play

According to a top strategic consultant in the state, networking is not just a women’s issue.

“I have never noticed a significant (statistical) difference between men’s scores and women’s scores. Both genders are pretty weak in this skill area,” Killion said.

By 2012, the serial entrepreneur (in diverse industries such as strategic consulting, financial services, real estate development, industrial equipment manufacturing, thoroughbred racehorse breeding and training and consumer publishing) and managing partner of a successful hedge fund at Eagle Rock Partners saw a dire need to start the business and networking consultancy.

“Both men and women can develop good career skills and move up, but if you want to break through the skills ceiling, you have to be a rainmaker. You have to develop relationships that take your impact in the organization to another dimension,” Killion said.

As an adjunct professor at Rutgers University, Montclair State University and Fairleigh Dickinson, Killion believes better education is the answer.

“Guidance counselors say you need to network, but they don’t tell you how or where or who with or when,” Killion said. “These kinds of skills need to be taught in grammar school and at least in high school – certainly in college. … What we need is a commitment in our education system to teach all young people, men and women, to network and develop important win-win relationships.”

When NJBIZ asked our sources who they believed were some of the most powerful networkers in the state, here are just a few of the names that came up:

Women’s events: Yes or no?

Women-oriented events are often viewed as double-edged swords: While women are excellent promoters of and communicators with women, co-ed networking events are still not drawing as many women as they should. If women are focusing their networking attentions on women-oriented events – are they really getting ahead? Here’s what our sources had to say:

Sally Glick: “It’s important to feel comfortable when networking and sometimes, as a woman in a male-dominated room, that can be difficult. That’s why I believe women attend women’s leadership programs. … But if you are not an influencer or a decision-maker, you may have great ideas but lack the power to accomplish them. … Significant business is conducted at the events where men are.”

Linda Wellbrock: “Women are sometimes more comfortable speaking in certain environments, such as peer-to-peer advisory groups. … A man in that type of environment might also feel out of place and uncomfortable because he doesn’t face the same challenges. … Women talk about business, but they also tend to talk a lot about life and I agree that, in certain situations, conversation may be more effective if women-only.”

Monica Smith: “My perspective is that these networking events are helpful and are always good for people to get together, but they haven’t done anything to help move the needle. You will see that in the explosion of women’s events and organizations around the world over the last five years, whether the ticket prices were $90 or $10,000, the reality is still the same – we are flat-lining in the corner office, on salary equality, and for women on boards in both profit and nonprofit companies.”

Marilyn Grabowski: “Women-oriented networking groups have helped to build my confidence but have not helped to gain any work.”

Linda Bowden: “I’m looking forward to the time when we don’t have gender-specific events. At the same time, there is a need for these events until we reach a stage where women leaders are more widely represented among Fortune 500 companies, in C-suites and on corporate boards.”